Celebrities and Special Education shares insight into how our society is positively impacted by those in the special education sphere and provides evidence against the notion that those involved in special education are somehow disconnected from the rest of society.

Despite what one might think, the best thing that has ever happened to Jordan Spieth does not entail one of his illustrious victories at the U.S. Open, British Open, or even the Masters at the young age of 21. He continuously expresses, when asked, that his sister Ellie is “the best thing that ever happened to our family.” Ellie Spieth is the 20-year-old sister of one of professional golf’s highest-paid and most renowned players in the history of the sport; however, her influence on Jordan’s career stretches far beyond their bloodline. Ellie was born prematurely with an undiagnosed neurological disorder that has led her to lead a life of challenges and triumphs that are not reflected by the majority of society. However, despite this different path, Ellie has become an influential catalyst for her brother’s success and an inspiration for living life to the fullest.

“Ellie, I know every day presents its fair share of struggles, but the fight that you show everyday inspires everyone who knows you,” Jordan states. “Spending each Wednesday with you this year has been a blessing and I love you.” 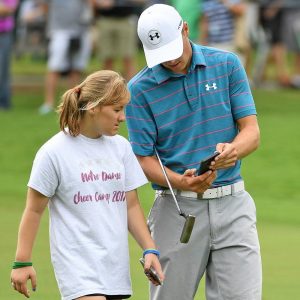 Ellie Spieth serves as an example of the impact that people in the sphere of special education can have on society. We as fans see Jordan Spieth winning prestigious golf tournaments worth large sums of money on television, but we do not see the intrinsic motivation that he has cultivated through interactions with Ellie his entire life. Jordan credits his motivation to watching his sister overcome the unique challenges that life has presented her. Her impact on his success is so significant that without Ellie Spieth, Jordan Spieth may never have become a household name.

Ellie serves as a greater example of the harmony that those in the special education sphere live in with the rest of society. Although we may commonly see separated classrooms and buses in public schools, the influence that these children and adults have on the advancement of society is incalculable.

In addition to Ellie Spieth, the impact that those in the special education sphere have had on the rest of society extends far beyond what we see on the surface. Not only do these people provide inspiration, they are integral members that have a direct influence on our society. When one thinks of accomplished film actor and producer Anthony Hopkins, the first things that come to mind are his notable roles in various blockbuster movies and the plethora of awards he has received from these memorable scenes. However, what is not as commonly known is that Hopkins was diagnosed with Asperger Syndrome, a condition on the Autism spectrum, something that many would attribute as a disorder that holds him back, but rather, Hopkins credits his condition as the reason why he has become one of the most prominent actors in modern history. 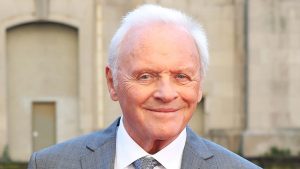 “Hopkins’ ability to memorize lines has actually astounded some of Hollywood’s most powerful and influential directors. Cast and crew members of the 1997 film Amistad couldn’t believe that the actor was able to memorize a seven page courtroom monologue and deliver the entire speech in a single take. After that, director Steven Spielberg reportedly only referred to Hopkins as Sir Anthony, and not Tony.”

Hopkins acts as an example of the impact that people in the special education sphere have on modern society. Despite the permeating notion that has arisen that those with developmental conditions are somehow disadvantaged and not included in our everyday life, Hopkins’ success helps to show the world that those with these conditions have a significant impact on our everyday life.

Ellie Spieth and Anthony Hopkins’ impactful stories act as just a few of many examples of how those in the special education sphere live in unison with society. Despite common misconceptions, those in special education are in fact not disconnected from the rest of society and are integral members of the collective world. Here at Frenalytics, our mission is to emphasize the importance of this integration by helping patients and students live more independent lives through our revolutionary software that prioritizes the development of each individual using it, giving each person a unique and meaningful education experience. Through our efforts, we have seen that when we prioritize personalization and independence, our patients and students can grow to be influential members in their communities and society as a whole just like Ellie Spieth and Anthony Hopkins.

FrenalyticsEDU is loved by students in special ed schools from kindergarten all the way through high school. We are the first comprehensive and interactive software platform to streamline life skills learning within special education, including enrolling students, managing transitions, and reporting outcomes. Our team at Frenalytics works extensively with educators to craft a one-of-a-kind software platform that helps students live more independent lives while saving time and money for parents and schools.

About Frenalytics
FrenalyticsEDU is a patented, cloud-based interactive platform designed to personalize the learning process for students with autism, Down syndrome, and related intellectual disabilities. The first version of Frenalytics was created by CEO Matt after his grandmother suffered a massive stroke during open-heart surgery. With Frenalytics, teachers and parents are directly involved in their student’s care to make learning fun and engaging, no matter where they may be learning this year.

Want to see how Frenalytics helps special needs students live more independent lives?
Click here to learn more, or give us a call at (516) 399-7170.

Try FrenalyticsEDU for free!
About The Author 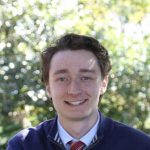 Ryan Genoy is a rising sophomore at Boston College studying Finance and Entrepreneurship. As a member of the Frenalytics team, Ryan has enjoyed contributing a large portion of his time to working on developing new sales initiatives and onboarding users while also assisting in marketing initiatives. Outside of work and school, Ryan enjoys spending his time volunteering and playing sports, especially lacrosse and basketball.