Blog Posts / A New Paradigm for Alzheimer’s and Dementia Care

For over 100 years, massive numbers of people have been diagnosed with Alzheimer’s and Dementia. Still, the prevalent treatments of today can be impersonal, unengaging, and old-fashioned. The common methods of treatment today- generic flashcards, memory games, et cetera- leave much to be desired for patients and their families as they seek improved outcomes and quality of life.

What are Dementia and Alzheimer’s?

While often conflated, Dementia and Alzheimer’s are not the same. According to Dr. Timothy Legg,  “Dementia is a group of symptoms that affects mental cognitive tasks such as memory and reasoning.” It is “an umbrella term that Alzheimer’s disease can fall under.”  Symptoms usually begin with mild forgetfulness and confusion like not remembering faces, sadly worsening until patients are unable to complete basic daily tasks such as personal hygiene and keeping track of time.

Aside from Alzheimer’s, other types of dementia include Parkinson’s, Creutzfeldt-Jakob disease, Wernicke-Korsakoff syndrome, and Huntington’s disease.  Diseases like Multiple Sclerosis and HIV can also cause Dementia in their later stages, especially if left untreated. More than 50 million people have Dementia, and that’s just individuals with an official diagnosis. 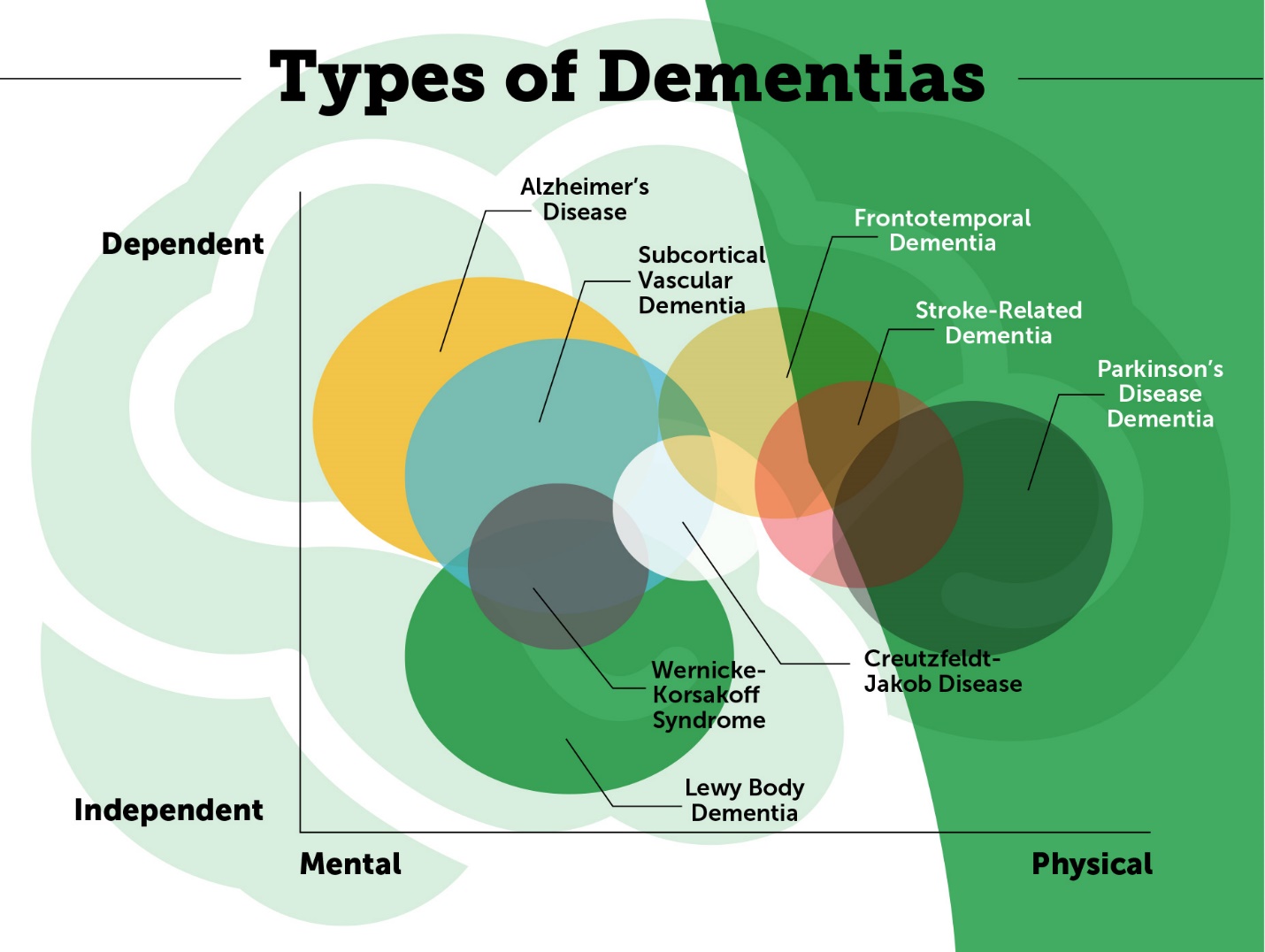 Alzheimer’s is a progressive disease that causes memory and cognitive decline. “The exact cause is unknown and no cure is available. The National Institutes of Health estimate that more than 5 million people in the United States have Alzheimer’s disease…symptoms generally begin after age 60.”  Alzheimer’s disease makes up 60-80% of all Dementia cases and is usually diagnosed after patients reach 65 years of age. Outcomes vary widely as severe symptoms come on quickly for some whereas others have a slow, mild decrease in memory and cognitive abilities. 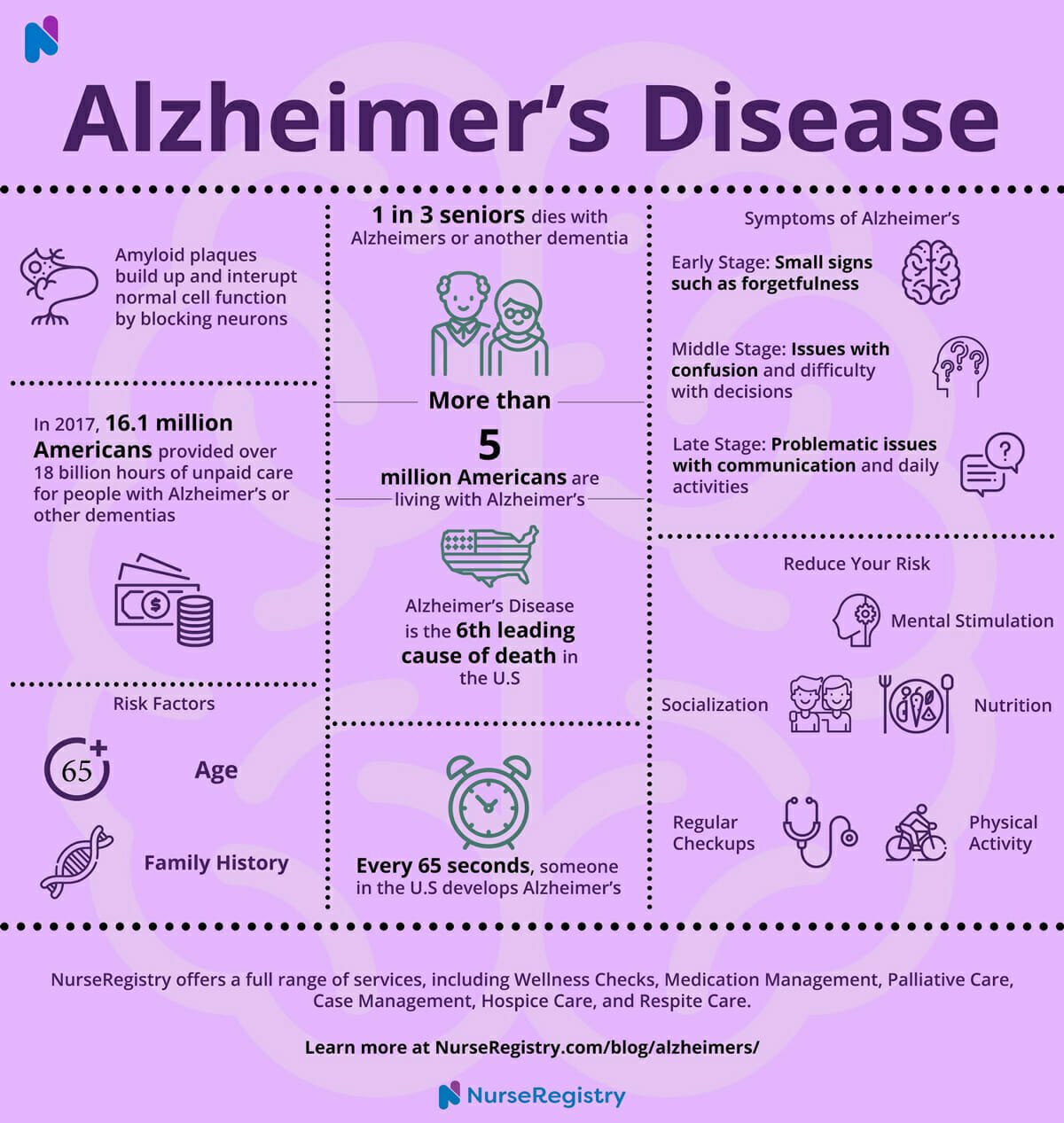 How Reminiscence Therapy Can Help

Reminiscence Therapy was discovered by Robert Butler in 1963 after he studied Eric Erickson’s theory of growth and development. The remedy is a developing form of mental treatment that allows for personalization of care for people experiencing dementia and now, Alzheimer’s. Patients are shown images, videos, music, and more from their own lives to trigger an associative response, stimulate their memory, and engage with the family member or physician handling their session. This customized approach improves not only cognitive function but also mood and quality of life. Pictures of their own house, their own sibling, and their own hometown have been shown to resonate more with patients and improve their outcomes over the traditional method of repetitively practicing with pictures of generic people, places, and things.  The change from boring, impersonal drills to individualized and evocative care can yield relatively quick results in just an “ 8- to 12-week duration.”

While Butler’s original idea is not recent, new research and trials supporting the treatment’s efficacy are released time and again. A 2020 research review conducted by Johns Hopkins and Centro Escolar University has added to the overwhelmingly positive research behind Reminiscence Therapy and also proposed a new, incredibly positive finding that reminiscence therapy can aid Alzheimer’s patients in addition to the previous evidence-based treatment of Dementia.

How Reminiscence Therapy Relates to Frenalytics

Ironically enough, our founder, Matt, built an early version of Frenalytics for his grandma years before learning about Butler’s reminiscence therapy and the benefits it brings to those suffering from cognitive impairments. We at Frenalytics hope to make reminiscence therapy more accessible and widely known, so as many people as possible can benefit. Through our streamlined program, providing reminiscence therapy to family and patients has never been easier. Individualized multiple-choice questions based on personal pictures are easily created by practitioners. The web-based system is intuitive and simple allowing treatment to continue at home with family members. 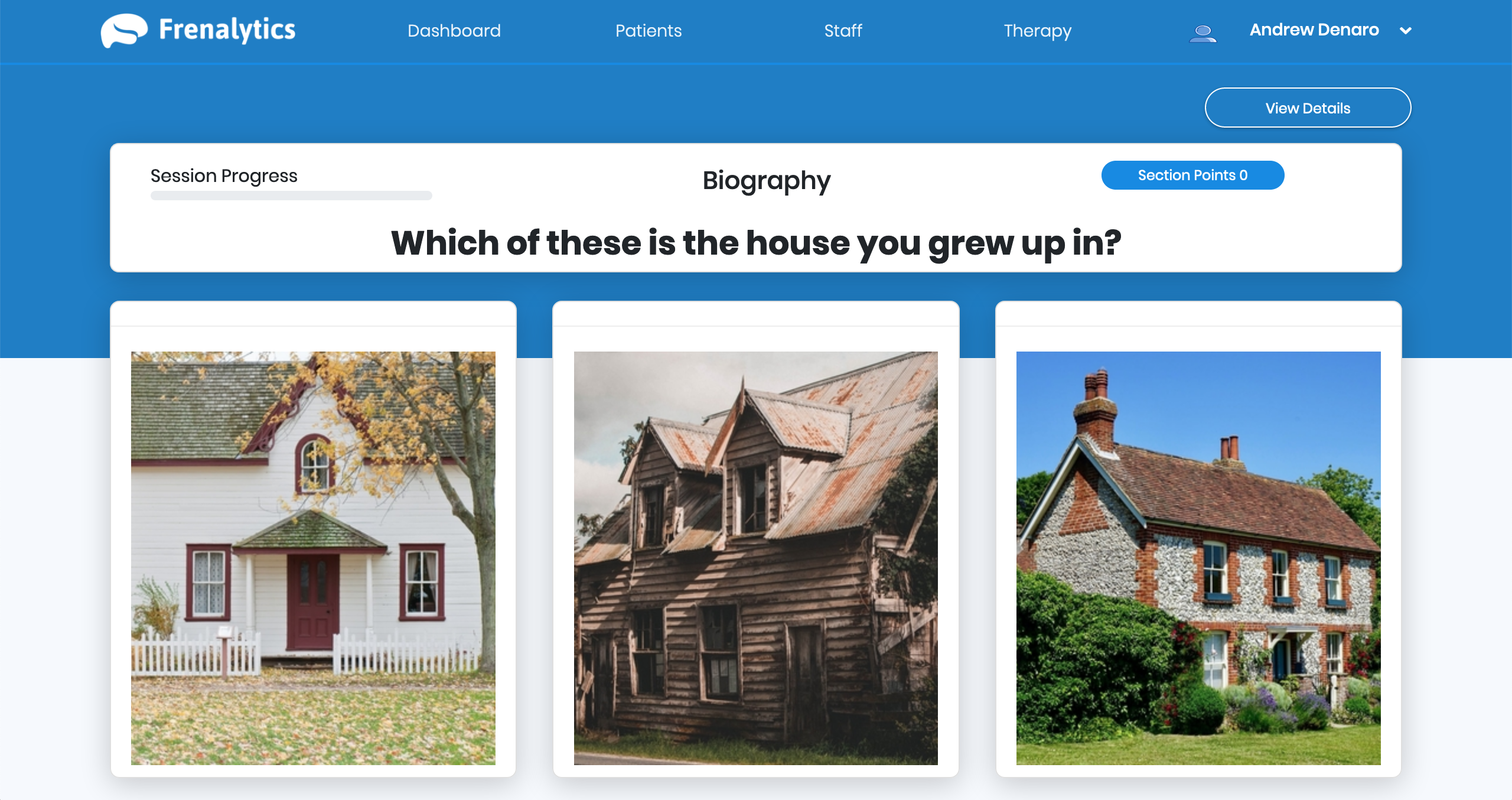 At the Avenidas Rose Kleiner Center, a senior day health center where Frenalytics was beta tested, patients showed an improvement in performance over the course of five weeks, with one patient going from a score of 46.4% during the first session to a score of 53.1% by the last session. You probably know someone in your own life-  a family member, an older friend- that we at Frenalytics hope to help by making the promising science of reminiscence therapy more widely available and easier to implement. Start using Frenalytics for free to take advantage of our individualized treatment program that leverages reminiscence therapy.

About Frenalytics
Frenalytics is a patented, cloud-based interactive platform that offers personalized cognitive therapy for patients suffering from stroke, dementia, and TBI. The first version of Frenalytics was created by CEO Matt after his grandmother suffered a massive stroke during open-heart surgery. With Frenalytics, clinicians and family members are directly involved in their patient’s care to make (re)learning fun and engaging from virtually anywhere.

Want to see how Frenalytics helps patients live more independent lives?
Click here to learn more, or give us a call at (516) 399-7170.

Try Frenalytics for free!
About The Author

Shane McPartland is a rising Sophomore at Boston College majoring in Marketing and minoring in History. With Frenalytics, he has written blogs, created content marketing materials, and done extensive research on the science behind the web app. Besides learning about startups, marketing, and science, Shane enjoys playing lacrosse, weightlifting, hiking with his Bernese Mountain dog, cooking, and Astronomy.